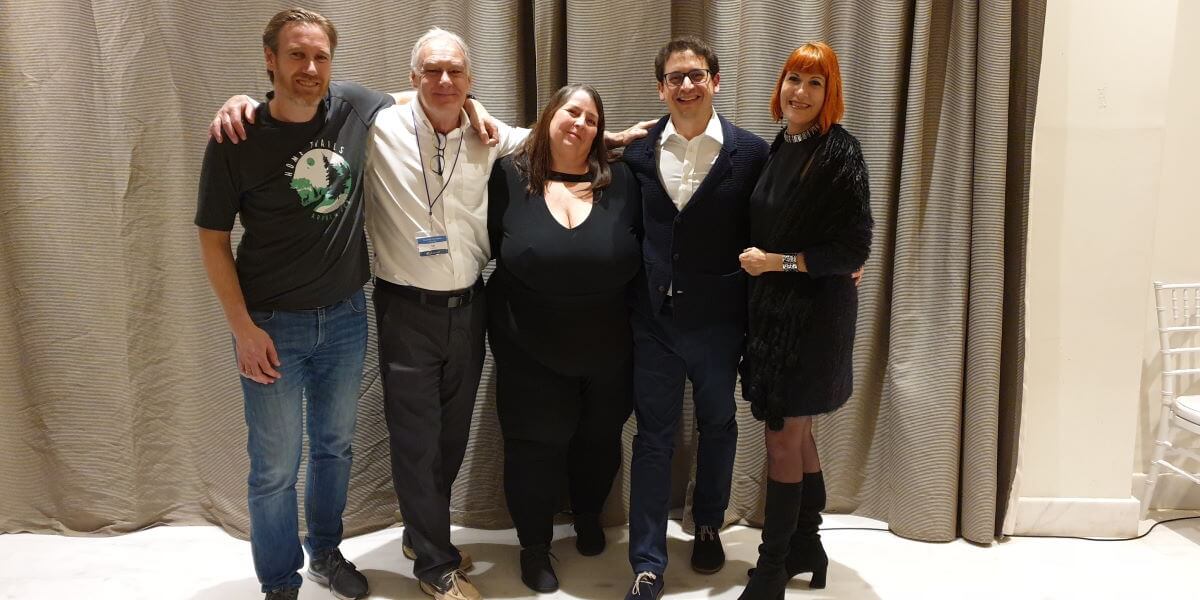 Verslag Joomla Forum for the Future 2020

Somewhere in december 2019 I was invited to join the Joomla Forum for the Future 2020 being held in Marbella, Spain. The purpose of this Forum was to discuss and make plans to get Joomla a sustainable future and thus helping people earn their living from the project. I was delighted to be invited and was looking forward although I didn't know exactly what to expect from it.

There were about 70-80 people from all over the world present. I arrived with 6 other Dutch Joomlers from the same flight at the hotel and got pulled away from the checking in towards my first meeting. The Marketing meeting. This because I am the Assistant Team Lead of the Social Media Team of Joomla and all members who were present attended the meeting. It was good to talk in person instead of chatting online or using a conference call. After this I could check-in and be amazed by the comfortable room. Little did I know I needed the sleep hard that weekend.

The morning started with a #jrunning with Javier and my roomie Carlos at the beach, just 3 kilometers to get a nice fresh start of the day. The start of the forum was with an introduction, giving input in subjects and finally creating four streams in which we would go to work; Market, Technology, Re-Engage & Re-Ignite and Professionalisation. There were also some presentations and interviews that day. In the stream we set the first goals of the weekend.

Day 3 - Going deeper into the proposals

Again started with a bit running on the beach in the dark and watching the sun come up. This time with Carlos and Marianela. After breakfast first the group session with all attendees and then again into the streams each were in. The work was a little bit more into the technical work so for me it was a bit harder. Again there were some interviews with the group session. All day talking English is a bit more tiresome than speaking your own language, for me Dutch. But if someone doesn't understand what's being said we help explain it better.

After going to bed a little late, like somewhere in the night, it was good that Carlos and I already decided not to go running in the morning. The days wasn't really different, we split again into our streams and talked/discussed/planned some more. At the end of the day there was a summary of each group and then it was time to relax before dinner. For me I decided to go running, a bit further than before and alone. It was a good run and saw some beautiful skies because of the bad weather moving by the mountains closeby.

The even location was perfect for a forum like this, at least for me. Sharing a room was good. The staff was very friendly and helpfull, there was enough to eat during the day (you know those delicious things you really shouldn't eat much of...). Breakfast and lunch were also super! Live cooking, meat, greens everybody could choose whatever they wanted to. Dinner in the restaurant was nice, the buffet was always good and the three course dinner at the last night was perfect.

It was great talking with my team mates from the Social Media Team and having a meeting in real life. Also it was good talking to other Joomlers, some I met before, some I only talked online and some I never had contact with before. It's good for an online company/community to meet eachother sometimes. Good things happen!

So in the end the streams doing a lot of thinking, inside and outside the box. There is a lot of discussion going on after this weekend. Some of it on Social Media and lots of it in Ringcentral, our "communication" hangout. It's too early to say what this forum will bring for Joomla. I really hope good things will come from it!